Skip to content
Posted on February 17, 2015 by TiffanyMoniq Posted in Uncategorized

I always wondered where I got my humurous spirit and my ability to DREAM! SING! WRITE! ~~TiffanyMoniQ 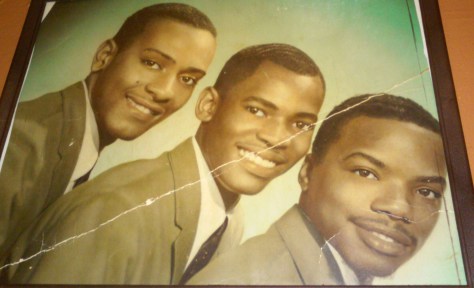 Joseph pictured first from the left

Joseph Bernard Livingston (August 23, 1935 – April 19, 2003) was an African-American Singer, song-writer and vocalist in the 1960’s belonging to groups such as The Pheasants, The 3 Notes and famously known The Sapphires. As my Grandmother would say “If it wasn’t for The Beatles bursting on the scene and topping the charts in the 60’s, your Grandfather would have been a STAR”.  In the 60’s it wasn’t easy for many African-American artists and musicians to make a name for themselves let alone be successful due to racial tensions and the lack of music business knowledge during that time. Not only did black artists have to have talent and know how to sing they also had to be able to cross over to white audiences to even be considered good enough to be GREAT! The Sapphires started…