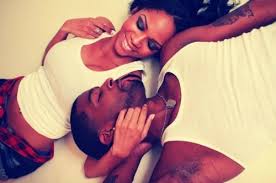 I so love his vibe, for he’s like no other! He has his own style, his own walk and his own talk. He’s a leader by nature and he oozes masculinity. I so love his VIBE! His style is all him, it’s so unique. He doesn’t follow trends he creates his own original sheik! He caught my eye unknowingly,  He tickled my interest, an interest of curiosity not just physically or sensually. He’s not the average go-to guy but he damn sure caught my eye. His scent drew me closer wanting to be near. Whatever the scent it was meant to be worn by him, and he wears it well with his natural. His very presence is a blessing, it’s oh so soothing to have him near. A breath of fresh air, the freedom to be nothing but me, the true me.

I catch him from time-to-time taking glances at me.I see him and I know he sees me.  Is he what I need? could he be the desire I’ve been longing for? Only time will tell as the days pass on. I so love his VIBE! He’s funny, talented, very gentle and kind-hearted such a gentleman.  I wonder what he thinks, I wonder what he sees in me? It really doesn’t matter and it doesn’t hurt to just wonder.

I so love his VIBE! but Is this too good to be true? Who am I kidding they’re all the same they just come in different ways, same game different strategies. Past experiences have taught me “You know them by their fruits” Who they are is what they do and what they do is who they are! It’s never hard to tell but the heart is deceiving and the mind is tricky.  But yet and still I so love his VIBE! It’s a shame he’s kind of shy but I like that about him. He never has too many words to say but that’s okay, his eyes does all the talking to me. He’s never pushy, never rude it’s strange because to me he’s not what I’m used to. I like it, I really do. I don’t have to put on a mask I can be just me and that is why I so, so love his VIBE!