At one time in my life, the need for me to feel and to be accepted blinded me from seeing my own true unique beauty. I viewed my self-worth in the eyes of others instead of looking at my own reflection in the mirror and accept what God chose me to look like and to be. Growing up Fatherless i lacked “Validity” and growing up Motherless I lacked “Nurturing”. It left a void that nothing and no one but God could fill and It took me some time to actually accept myself in the way that I looked and who it is that I was to be and who I am today. 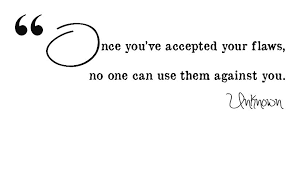 Wanting so badly to appear and be “Perfect” I lost sight of my own uniqueness and my own beauty. I started to become a carbon copy of other peoples fantasies and ideas of “If you look Like this, they will love you”, “If you do this, they will always love you” sadly I found out that none of what I’ve done or attempted to do worked so I decided to take off the masks that others were trying to force me to wear and became me “Miss, LIV”. It was then that I ignored the echos of negativity and the discouraging comments coming from those who claim to love me and have my best interest. I also learned that those who truly loved me allowed me to be who it is that I am and still growing to be. I remember when I would receive compliments and for the life of me I couldn’t accept them because I was so used to being told what I was not instead of who I was.

I later learned from experience that they were those who didn’t even have a high standard of opinion of themselves but found it so easy to tell me otherwise (Funny). Many of them were those who claimed to know the oracles of God but displayed nothing but the fruits of Satan. I’m proud to say that now that those who have tried to dim my light are now blinded. FEAR has been defeated, INSECURITY has been secured by me accepting my flaws. HATE! No never it’s too much of a burden to carry. REGRETS! I have none, for if I never went through those things I wouldn’t be in love with who I am today.

“I love my “FLAWS” without them I wouldn’t be who it is I am this very day, I am God’s greatest Imperfection made Perfectly in His image”